In streams, dissolved organic matter (DOM) covers a very large number of molecules, resulting from natural or anthropogenic inputs (pollution) more or less transformed during transport in the soil and the aquatic environment. For example, natural organic acids such as fulvic acids, which are ubiquitous surface water, are complex mixtures of thousands of molecules with a great variety in their chemical characteristics (composition, aromaticity, acidity, functional groups ...) -and by therefore, in their chemical reactivity-. The interactions between these molecules of MOD, metals and colloidal particles determine the main characteristics of surface water systems, including carbon and dissolved nitrogen contents of water, aqueous speciation and mobility of metals, and sorption capacities of the colloidal phase. / in suspension with respect to contaminants.

Characterizing the spatio-temporal evolution of the MOD in our aquatic systems is therefore a challenge whose stake is the understanding / anticipation of the chemical quality of our rivers. In the light of the stakes, the scientific community has not been satisfied for many years with simple elementary analyzes to determine the dissolved carbon or nitrogen contents, which do not provide information as to the origin (natural vs. anthropic) or the responsiveness of the MOD. Optical methods (UV-visible spectroscopy, fluorescence)[1],[2] are implemented: they make it possible to compare the MODs in terms of molecular weight, aromaticity, etc. but this remains limited. They have the advantage for some of them to be usable in situ and to allow continuous monitoring of the response of aquatic systems to disturbances such as floods or spills. The advent of ultra-high resolution mass spectrometry, especially when combined with electrospray sources (Electrospray Fourier Transform Mass Spectrometry, ESI-FTMS), has opened up emerging avenues for the identification of organic molecules. present in our ecosystems. This powerful analytical technique is one of the only techniques to identify (determination of the crude chemical formula and - and possibly structure of the molecule) in a fine and unambiguous way the thousands of organic molecules that coexist in a natural sample, thanks to its ultra-high resolution, its high mass accuracy, its sensitivity, its ability to respect isotopic abundances and to provide MSn spectra. The technique has been applied recently - and increasingly - to the exhaustive identification (scanning) of organic micropollutants in surface and ground water [3], [3], constituent molecules of soil humic substances[4],[5], and those constituting DOM[6]. Detecting and obtaining the crude chemical formula of each molecule (and thus its ratio O / C and H / C) in a sample allows not only to have a vision of the complexity of it (number and diversity of organic molecules) but especially detailed and specific information on the characteristics of the molecules (eg degree of aromaticity, hydrophobicity, acidity, functionalities) present in a given environment. One advantage is gaining in-depth knowledge of the differences and similarities between organic matter of different origins (anthropogenic vs. natural), different environments (soil vs. water), or the evolution of the DOM chemical characteristics in space or time.

It is within this framework that an inter-ZA project was set up in 2016 to compare optical methods and mass spectrometry approaches on different headwaters. The interest of this project at the interZA scale (ZAEU, ZAM, ZABR, ZAA, ZA Seine, ZAL) is to benefit from a range of geomorphological, geological, hydrological, geochemical and various anthropic pressures 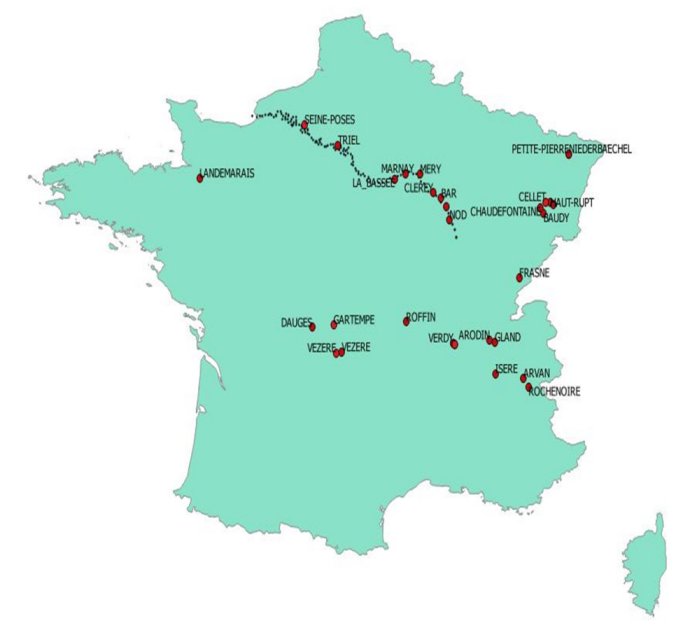 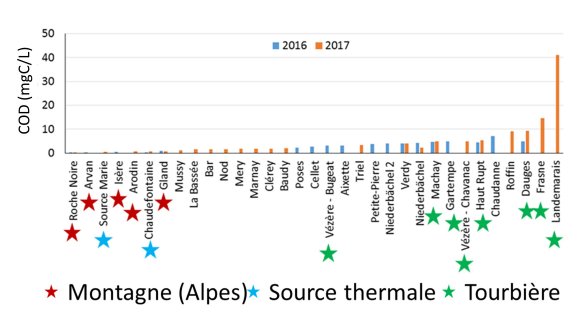